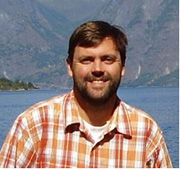 He is the author of a number of studies on early Christian traditions about Mary (especially in apocrypha), including The Ancient Traditions of the Virgin Mary's Dormition and Assumption (Oxford University Press, 2002), a study of the earliest traditions of the end of Mary's life that combines archaeological, liturgical, and literary evidence. This volume also includes critical translations of many of the earliest narratives of Mary's Dormition and Assumption, made from Ethiopic, Syriac, Georgian, Coptic, and Greek. Prof. Shoemaker has recently completed a series of articles on the earliest Life of the Virgin, which survives only in a Georgian translation. He is presently working on two monographs, one investigating the conflicting reports regarding the date of Muhammad's death in Christian and Islamic sources and another on the veneration of the Virgin Mary in the ancient church. He is also preparing a new critical edition of the early Syriac Dormition narratives.

Prof. Shoemaker has been awarded research fellowships from the John Simon Guggenheim Memorial Foundation, the Alexander von Humboldt Foundation, the American Council of Learned Societies, and the National Endowment for the Humanities.