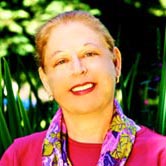 Judith R. Baskin, Philip H. Knight Professor of Humanities, is Associate Dean for Humanities in the College of Arts and Sciences.

Dr. Baskin is the author of Midrashic Women: Formations of the Feminine in Rabbinic Literature (2002) and Pharaoh's Counsellors: Job, Jethro and Balaam in Rabbinic and Patristic Tradition (1983). Her most recent edited volumes are The Cambridge Dictionary of Judaism and Jewish Culture (2011) and The Cambridge Guide to Jewish History, Religion, and Culture (2010), co-edited with Kenneth Seeskin and a 2011 National Jewish Book Award winner. Other edited volumes include Jewish Women in Historical Perspective, now in its second edition (1998), and Women of the Word: Jewish Women and Jewish Writing (1994). Professor Baskin is currently writing a feminist commentary on Tractate Megillah of the Babylonian Talmud.