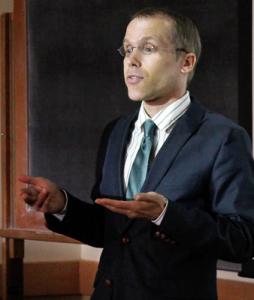 David Reis specializes in the study of the social and cultural dimensions of the ancient Mediterranean world, particularly the history of early Christianity. Professor Reis’s research has been published in a variety of journals, including Studia Patristica, the Journal of Early Christian Studies, The Bible and Critical Theory, and Studies in Religion/Sciences Religieuses.  He has also contributed to Harvard University’s Pluralism Project and was a Research Fellow with both the Institute of Antiquity and Christianity’s “Mimesis in Ancient Jewish and Christian Literature” project and the Committee for the Scientific Examination of Religion.