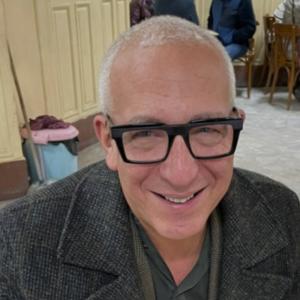 David Hollenberg’s research interests include medieval Ismailism, modern Yemeni Zaydi scholasticism, and manuscript culture. His recent publications include The Yemeni Manuscript Tradition (Brill, 2015; editor with co-editors Sabine Schmidtke and Christopher Rauch) and Beyond the Qur'an; Ismaili ta'wil and the Secrets of the Prophets (University of South Carolina Press, 2016).

Professor Hollenberg is the founder of the Yemen Manuscripts Digitization Initiative (ymdi.uoregon.edu).  YMDI is devoted to preserving the manuscripts of Yemen, the largest number of unexplored Arabic manuscripts in the world, and currently threatened by the war.  Under his direction,YMDI received a $330,000  National Endowment for the Humanitites/Deutsche Forschungsgemeinschaft grant on behalf of Princeton University Library and Free University, Berlin, to digitize and disseminate 267 codices in private libraries in Yemen and from the collections at Princeton University Library and the Staadtsbibliothek, Berlin. You can learn about his recent efforts to start a non-profit to save Yemen's manuscripts in Jazeera America http://america.aljazeera.com/articles/2016/2/5/american-professor-in-race-to-save-yemens-cultural-heritage.html and on OPB's "Think Out Loud" http://www.opb.org/radio/programs/thinkoutloud/segment/affordable-housing-plans-preserving-yemen-history/. He also encourages you to visit his facebook page https://www.facebook.com/saveyemensmanuscripts.