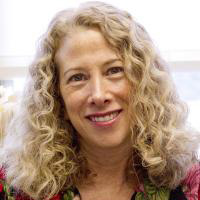 Professor Green's interests lie in the history, literature, and interpretation of the Hebrew Bible, particularly as it was adopted and interpreted by Jews from the Second Temple through Byzantine periods.

Her book, The Aroma of Righteousness: Scent and Seduction in Rabbinic Life and Literature (Penn State University Press) investigates rabbinic interpretation (midrash) of perfume and incense. She is particularly interested in the images of aromatics in the Hebrew Bible and how, in the course of interpretation, the early rabbis inscribe their own daily experience with aromatics upon the interpretations. In her latest project, Professor Green focuses on dangerous and liminal spaces in the Bible and ancient Jewish literature. She is principally interested in the intersection of women and such environments as the garden, the courtyard, and the rooftop - and how the valences of these narratives from biblical literature as well as everyday experience of these spaces are echoed and change in Hellenistic and early rabbinic literature.

Professor Green is also the co-editor of two books, Commemorating the Dead: Texts and Artifacts in Context (Walter de Gruyter, 2008) and Scriptural Exegesis: The Shapes of Culture and the Religious Imagination: Essays in honor of Michael Fishbane (Oxford University Press, 2009).