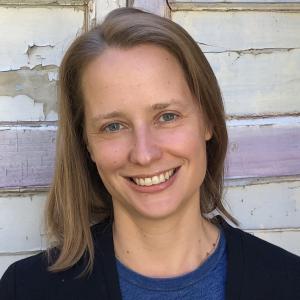 Anne Kreps focuses on Judaism and Christianity in antiquity, and has particular interest in Valentinian and Gnostic Christianities.  She is working on a monograph called The Crucified Book, which examines early Christian theories of sacred writing.  Professor Kreps is also interested in New Religious Movements, particularly those who look to the Essenes of antiquity to shape group identity.  Before moving to Eugene, she was an Assistant Professor at Yale-NUS College in Singapore.

“Reading History with the Essenes of Elmira.” In New Antiquities: Transformations of Antiquity in the New Age and Beyond, edited by Dylan Burns and Almut-Barbara Renger.  Sheffield: Equinox Publishing.  (forthcoming, 2016)

“The Passion of the Book: The Gospel of Truth as Valentinian Scriptural Practice,” Journal of Early Christian Studies 24.3. (2016)

The Biblical Book (Gospel of John)